*I wrote this last April, prior to our son beginning a Prozac trial.  I’m wool-gathering, thus putting up old stuff.  (It’s better than writing something rash.)  Also, this post is tangentially related to the piece I’m currently writing.  The title is unchanged. 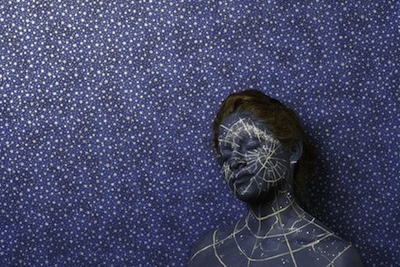 This photograph is the work of Cecilia Paredes

Sunday was grey and overcast.  We had a babysitter come so that we could go to lunch and a movie.  I’d never been to the restaurant, which was one of those barbeque places that are suddenly in vogue.  After a long look at the menu, I ordered a burger with bacon and honey-mustard sauce; it was inexplicably good.  Sometimes, common ingredients are all that’s necessary.

We’ve been having continuing issues on the home front.  We woke up to our eight-year-old yelling for oatmeal.  I told him he wasn’t going to get oatmeal because he was yelling, and he smacked me in the face.  Recently he’s been getting a lot more aggressive.  After hitting me, he then hit my husband as my husband walked him back to his room.  Recently he’s been more and more anxious and is becoming a tinderbox.  Anything can set him off these days, regardless of time, place, or event.

Even grammar mistakes set him off these days, and he screams at other children for making them, including his siblings.

He’s also taken to regularly yelling at adults and calling them stupid idiots.  Sometimes I agree, but… it’s still not okay.  So, we tell him he’s not allowed to talk that way and it escalates from there.  If we’re lucky, we manage to calm him down before he’s knocked over any chairs, thrown anything, or hit anyone.  He’s also getting pretty rough with his younger siblings; it’s definitely not good for them.

When he was younger, he used to tantrum a lot, and I used to fear that he would end up being one of those autistic kids who lives in a center.  One time he even gave me a bloody nose, but then didn’t notice (or react to the sight of blood).  Then we had a few good years, and I stopped worrying as much.  Now, he’s getting bigger, more oppositional, and hitting again.  I don’t know at what point we acknowledge that what we’re currently doing is simply not working.

Our cognitive behavioral therapist is awesome, but he’s unwilling to move into our house…  And we couldn’t afford it anyway.  I’m starting to think the only option right now is meds.  If not for him, than possibly for me…  I don’t know.  Sometimes I wish we had less toys in our basement, and more options for respite.  And then I feel like a child for not having a more concrete plan, for not being… stronger, more patient, better.

I know that we’re incredibly fortunate to live in an area with strong legislation and good resources, including the Cody Center, but sometimes I don’t feel all that fortunate.  I’m sitting there having this conversation with my husband while eating my hamburger.  And at some point I realize that bacon is absurdly good, and it just seems inappropriate and wrong to be enjoying bacon.  I probably should have switched to alcohol at that point, but instead I stopped eating.  At least then I could feel slightly less guilty.

Again, this post was written prior to the decision to begin Prozac, which has helped our son enormously.

This entry was posted in Autism, Parenting. Bookmark the permalink.

I write for free... so... please leave comments... Cancel reply