The Things We Leave Behind

“Will she live to be 100? When’s Greatma going to get out of the hospital?” Clearly, my six-year-old didn’t understand what I was trying to tell him.

My own voice was soft but firm. I didn’t mince my words. “No, John. Greatma is never going to leave the hospital. She’s going to die. She’s very very sick, and she’s not getting enough oxygen.”

He stared at me with his eyes wide. Normally, he’s precocious with lots of questions, but he stayed quiet. His brother and sister were already in bed, but I’d let him stay up to finish a Lego project. The two of us were cleaning up the family room when the phone rang. It was my husband calling from the hospital.

After I hung up the phone, I turned and told John. “But I didn’t get to go and say goodbye,” he said wistfully.

I had no idea what to say. “It’s okay John. We didn’t take you guys to the hospital because we didn’t want you to get sick. Hospitals aren’t a great place for little kids.”

“Why would I get sick?” Sometimes I forget he’s a little kid, and that little kids think people go to the hospital to get better.

“Hospitals have a lot of germs, but it’s okay John. It’s okay.”

Thankfully, he didn’t ask any more questions about death that I was completely unprepared for. “Can we cuddle before I go to bed?”

“Sure.” I didn’t need any more reminders; cleaning up the house could wait.

And so the death-watch finally ended. My husband’s grandmother went into the hospital ten days ago with the flu, pneumonia, and tachycardia. (We later found out the tachycardia was due to a heart attack.) My mother-in-law was told she’d probably be dead within 24 hours. So my in-laws have spent the last ten days constantly at the hospital, watching her struggle to breathe and seeing her body covered in bedsores. Waiting, just waiting.

The truth is she started talking about wanting to die six months ago. She’d already outlived her husband by nearly twenty years, and spent the last two years in a nursing home, unable to care of herself, and an entirely different person than the woman I first met thirteen years ago.

She was from a different generation; a proud woman who bore her burdens silently. She was quiet, stubborn, modest, and humble, with impeccable manners and taste. Extremely old-fashioned, she never changed the name on any her bills. All of her mail still came to Mrs. Richard Smith*. I was never really able to know her because she was too proud to get her hearing aid adjusted, and my voice was outside her range. She could usually hear my husband, but with me she would just smile and nod. True communication was always just out of reach. By the end though, she was stone-deaf, and couldn’t hear anyone. Even seeing her great-grandchildren had stopped making her smile. When we visited her on Christmas, my husband told me it was probably the last time our children would see her.

I don’t really know if there’s an afterlife or not, but I like to think there is. I don’t want to think life is entirely without meaning. And I hope that Grandma is there, reunited with her husband, at peace and wearing a beautifully tailored green coat.

Addendum: I hope all of you had a good holiday, and my apologies for being a terrible blogger recently. We are currently living with my in-laws and don’t have Wi-Fi. This makes keeping up with blogs difficult, as well as comment responses. I’ve also been struggling with a nasty case of writer’s block, where words seem empty and meaningless. Thanks for being patient with me.

*Smith is a fictive last name, but she was a very private person.

**The photo is my property, but isn’t of her.

When my middle child was two, we traveled out of state to visit a friend. She had only met John once before, and this time she was really struck by him. “He’s so cute!” she gushed, “And it’s a good thing, because if he wasn’t so cute, you’d probably kill him!”

Yep, that about sums up life with my youngest son. Adorable, charming, bright, stubborn, a born lawyer, and full of the devil; he actually has all of the traits I love in an adult, but in a six year-old these same traits are torture. And he delights in his own naughtiness; he always has. For that reason, Grandma decided to buy the Elf on the Shelf, to help remind him to be good.

Our particular elf was a bit of a lush, and often found in the liquor cabinet.

Well, even with the elf sitting right there, John claimed the elf wasn’t looking.  And whatever room we moved him to, John would once again tell us he wasn’t looking! And it’s true. That darn elf didn’t help one bit. In fact, I think the two of them might have been in collusion…

For the last three years, we’ve let that stupid elf languish in our basement. Yep, don’t drink the Kool-Aid people. If you don’t already own the elf, save your money, and stick with Santa. I hear he takes bribes anyway…

*I am still wool-gathering.  So, although timely, I actually wrote this last year for the holidays.

*I wrote this last April, prior to our son beginning a Prozac trial.  I’m wool-gathering, thus putting up old stuff.  (It’s better than writing something rash.)  Also, this post is tangentially related to the piece I’m currently writing.  The title is unchanged.

This photograph is the work of Cecilia Paredes

Sunday was grey and overcast.  We had a babysitter come so that we could go to lunch and a movie.  I’d never been to the restaurant, which was one of those barbeque places that are suddenly in vogue.  After a long look at the menu, I ordered a burger with bacon and honey-mustard sauce; it was inexplicably good.  Sometimes, common ingredients are all that’s necessary.

We’ve been having continuing issues on the home front.  We woke up to our eight-year-old yelling for oatmeal.  I told him he wasn’t going to get oatmeal because he was yelling, and he smacked me in the face.  Recently he’s been getting a lot more aggressive.  After hitting me, he then hit my husband as my husband walked him back to his room.  Recently he’s been more and more anxious and is becoming a tinderbox.  Anything can set him off these days, regardless of time, place, or event.

Even grammar mistakes set him off these days, and he screams at other children for making them, including his siblings.

He’s also taken to regularly yelling at adults and calling them stupid idiots.  Sometimes I agree, but… it’s still not okay.  So, we tell him he’s not allowed to talk that way and it escalates from there.  If we’re lucky, we manage to calm him down before he’s knocked over any chairs, thrown anything, or hit anyone.  He’s also getting pretty rough with his younger siblings; it’s definitely not good for them.

When he was younger, he used to tantrum a lot, and I used to fear that he would end up being one of those autistic kids who lives in a center.  One time he even gave me a bloody nose, but then didn’t notice (or react to the sight of blood).  Then we had a few good years, and I stopped worrying as much.  Now, he’s getting bigger, more oppositional, and hitting again.  I don’t know at what point we acknowledge that what we’re currently doing is simply not working.

Our cognitive behavioral therapist is awesome, but he’s unwilling to move into our house…  And we couldn’t afford it anyway.  I’m starting to think the only option right now is meds.  If not for him, than possibly for me…  I don’t know.  Sometimes I wish we had less toys in our basement, and more options for respite.  And then I feel like a child for not having a more concrete plan, for not being… stronger, more patient, better.

I know that we’re incredibly fortunate to live in an area with strong legislation and good resources, including the Cody Center, but sometimes I don’t feel all that fortunate.  I’m sitting there having this conversation with my husband while eating my hamburger.  And at some point I realize that bacon is absurdly good, and it just seems inappropriate and wrong to be enjoying bacon.  I probably should have switched to alcohol at that point, but instead I stopped eating.  At least then I could feel slightly less guilty.

Again, this post was written prior to the decision to begin Prozac, which has helped our son enormously. 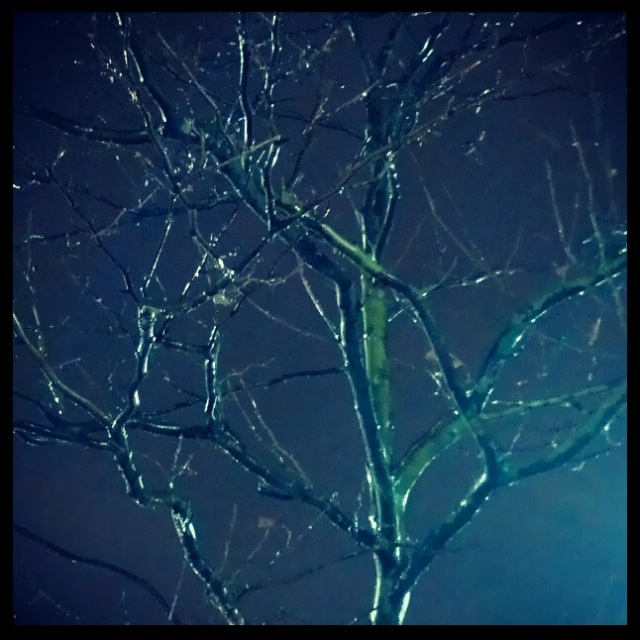 There’s still a good deal of clean-up going on here from recent storms.  Although this tree may look delicate… the fact that it’s still standing says otherwise.

Beam Me Up.  This song was not what I was expecting, but it’s too beautiful not to share.  It’s best on repeat.

Today’s post shall be  succinct.  Words only go so far.

*This photo is too pretty to brand, but it is %100 mine.  Also, this post was based on a WordPress Weekly Photo Challenge.

It’s always a little nostalgic when you sell your house.  It’s time for us to move on, but I’m dreading it.  I will miss this house.  When we bought it seven years ago, we claimed we were never leaving.  Now we no longer own our own home; we’re just tenants.  And although we’ve bid on another house, our future is still somewhat uncertain. 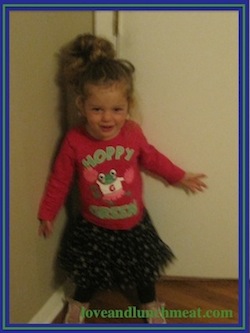 I’m sitting at the kitchen table drinking hot tea, tired, still sick, and a little blah.  The cardboard boxes mock me from the next room.  What?  You think we’re going to pack ourselves?  I’m strongly considering just throwing everything out, and only packing kitchen items, food, and clothing.  I swear we had three kids, and somehow our stuff multiplied by ten…  Thousand.

Suddenly, the Ballerina Princess Monster comes running into the kitchen, all excited and yelling.  “Mommy, I have something for you!  It’s a present!  Open it Mommy!  Open it!”  She throws the “present” right in the middle of the table.  And there it is, in all its fluorescent peach goodness, a maxi-pad!

Apparently, I also have some things I might need to pack up in the bathroom.

Alright, clearly I blog when I feel like procrastinating…  And you?